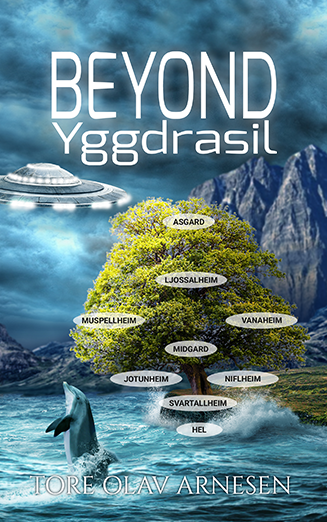 The introduction to the novel states that it’s intended to be a second part to a trilogy, but that it should also stand alone. Hopefully readers will easily understand what previously transpired. The novel starts with an introduction to our main characters and provides a brief background of their relationships, as well as many details from my previous novel. The backstory about the dolphins and nature of the research is seamlessly worked into the dialog in such a manner that the new reader will never feel lost. While the talking dolphins and alien beings feel like characters you might find in a fantasy story. The explanations provided show how the research has come about, the real information about dolphin habits. Additionally, the political quagmire that the group is forced to cope with has been well researched and should bring more of a science fiction element. One that is fascinating and easily comprehended by a reader without an educational background on the topics discussed. There is an element of Norse mythology running through the story, seeming to simmer just under the surface, which should make it an especially rich and interesting read that could potential entertain a wide range of readers. I’ll be pleased if it’s topical and imaginative themes about social structure (human and otherwise) may it and excellent selection not only to read, but also likely to inspire discussion as readers explore it’s many levels, and leave readers to anticipate what lies ahead.

Jens and Tove Elfesen are married scientists who work at Kristiansund Sea Mammal Institute, Norway. At the opening of the novel, are recounting a sinister past incident in which Jens went missing, only to discover that he had been kidnapped by the US Navy. The incident in question occurred some 16 years ago. Jens is now the director of the institute, and is responsible for having made an incredible inter-species breakthrough, in which Jens had managed to communicate with a dolphin by the name of Kong. Through this breakthrough, Kong can express himself at a human level by the use of the various devices which the institute has developed and made available. Kong teaches Jens about his history and the ways in which dolphins live and communicate with each other. The revelations go well beyond simply being able to express their needs. Jens discovered that dolphins have complex internal lives. They are capable of abstract thought, and spirituality.

The dolphins are not confined, but in open water and come and go to the Institute as they please for stopping by to communicate with Jens and others at the Institute. The primary focus of Jens research is when and how to reveal these discoveries to the rest of the world. Because of the communication technology they developed, the dolphin subjects that the team are studying can communicate underwater with humans both vocally and visually and are even capable of reading the printed word or of using the internet.

The implications of this discovery has importance well beyond the sphere of simply mammal research. The capability of the dolphins to be used for warfare and espionage hangs over the project now as they think about its’ future and plan for ways to expand their research. Tove receives a call from Egil, an old associate who has become the Director of Military Research. Though there are concerns about how the discovery would be used, the funding which the military can provide is critical. Jens and Tove agrees to discuss e4xpanding their research by collaborating with other researchers. As a result, discussions are had to form two research teams and for how to select dolphin subjects to be studied at other facilities.

Egil speaks with his Christian, the heads of the Norwegian Defense Ministry, who makes arrangements for the two of them to meet with the Norwegian Prime Minister at a local pub. The meeting comes together, and the information about the discovery stuns the PM. In addition to this, he speak with him about a strange belief which the dolphins hold. Namely, that if communication between humans and dolphins is ever fully established, this will end the world, which coincidently conforms to the old Viking prophecy about the catastrophic end of the world, which was referred to in the Norse sagas as Ragnarok. None the less, the preparations continue, and international alliances are made as the situation begins to have the first hints of an arms race as countries around the world try to get involves. Jens and Egil meets with NATO and the US Navy, and there are plans made to establish two new research site somewhere outside of Norway. The research with NATO is in Great Briton and another with the US Navy is at the Woods Hole Institute in Cape Cod, Massachusetts.

Tove meets with Freya, a member of Kong’s family pod to discuss the logistics of a relocating a dolphin to the Woods Hole institute in Cape Cod. Through discussions with members of the pod, Tove makes progress in figuring out how to best make arrangements for selecting new dolphins for research in the US. Finally. Dolphins named Frigg and Betsy agree to participate, but specify certain requirements for the project they will need, like at the Kristiansund facility, freedom of movement. Dolphins are also selected for other new research site in development at St. Andrews in Great Briton.

At this stage in the story, it has moved into 2020 and the characters are now forced to deal with the Covid-19 pandemic. The construction of both the new sites has been completed, and research is going well. At the institute in Norway, Kong comes and tells Jens he has an urgent matter which needs to be dealt with. He asks him to meet with him at a sea side location the next day. Though Jens has a meeting scheduled, he gets out of it due to the urgency with which Kong pushes for the meeting. The next day Jens meets with Kong who has him get in a boat and follow him to a remote location on an isolated island. A small submarine craft comes up onto the shore and a being steps out of it who looks similar to a giant otter. It is clothed though, and walks like a human. It explains to Jens that it and two accompanying associates are part of an alien race that has been visiting earth for thousands of years and communicating with dolphins for hundreds of years. Also explaining, to an astounded Jens, that it needs to meet with our planet’s leaders of government to pass along an urgent message about the possible future fate of humanity.

To allow continued discussions with the aliens easier, Jens constructs of a “boat canopy” that will create a place near the institute for the submarine to surface unseen. Realizing the need for higher government authorities to be included in future meetings, he includes the Norwegian prime minister and head of the military. The aliens explain a great deal about their technology and ways of life, but they say their real purpose, which they will not reveal, is to give a message to the entire world. The leaders agree to make arrangements for the aliens to be provided a platform at the UN to make an address to the whole planet.

It’s decided that the alien Jargon should appear as a surprised unannounced speaker at the UN for delivering an extended speech, including some limited questioning time for the leaders there. The information that the aliens are there to impart is that based on their extensive knowledge of the development of intelligent life on other planets. Namely, that totalitarianism by autocratic dictatorships has become too prevalent, and if not addressed by us will likely soon bring about the destruction of the world. Jargon explains that the root of the problem is that fanaticism is too wide spread and can have dire consequence for our planets long term survival. While discussing how dictatorships invariably leads to a wasting of resources and ultimately a collapse of a society. There are loud objections to this from the countries who know this applies to them, namely Russia.

It is a monumental moment for all of the world as it must look to a way to go forward and try to end the continuation of fanatical and dictatorial governmental entities. Jens and other members of the research team hold a conference call about the address at the UN and Jens talks about what it was like to travel to the event aboard the alien submarine, describing their incredible technology. We also learn that NATO is now working in cooperation with the dolphins in order to use surveillance against totalitarian states. A strong alliance will be necessary in order to contain the threat which these societies represent and prevent the total destruction of the planet.

The final chapter leaves the world’s fate hanging in the balance, but gives some hints as to what the conflicts might be in the next novel in the series. The mission to observe and contain the threat of tyrannical rulers is discussed further, and a Senator meets with the team to discuss her own concerns about the current presidential administration. She has concerns that the Democrats may end up attaining too much governmental power and abusing it to overrun the rule of law by changing the constitutional process. 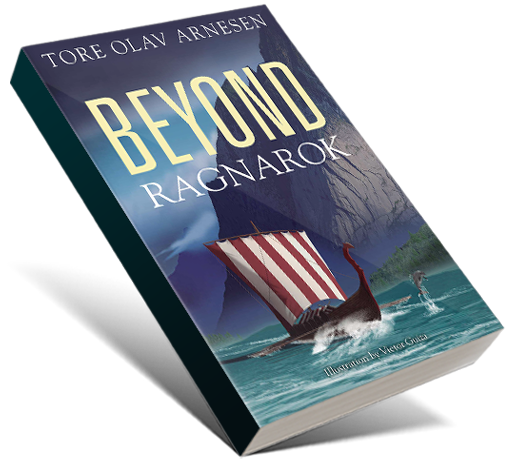